"A bit of respect, please". Some clues to practice respect at work 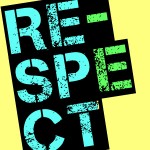 “Allow me to ask you something,” one of my friends once said “I want to change department; if you hear of something, please let me know”. The request surprised me, because the position suited him perfectly.  And it continued. “I like this job” he told me “and the company, too. But really, what I need right now is a bit of respect, just that, nothing else, a bit of respect. Come with me, and when you meet my boss, you’ll understand.”

Suddenly, I understood everything in what was the most embarrassing meeting of my life. The person playing the part of leader or king of the hill entertained us with his latest deeds. “So yes, I swear that I got the idiot out of bed at four in the morning and I asked him if he had taken the night off” he smirked while the rest of his followers egged him on. “It seems that the guy didn’t understand that when I want the report I want it now” he said as him smirk turned to laughter amid the applause of his cronies.

I saw an idiot in front of me and a lot of brown-noses surrounding him, I saw the sadness in the face of my friend. His phrase echoed in my head… “I just ask for a bit of respect”. So, this post is about: respect in professional relationships. Even though it isn’t always studied at business schools, I dare say it is a fundamental topic. So… what does respect translate to? Let me show some clues:

1. Basic norms of civility. To say “thank you”, “good morning” or “have a good evening” is a good example of what I am talking about. My mother always told me when I was a boy. But for some people, to get them to say a simple thank you is like asking for the moon. If you don’t remember your manners, then sign up for nursery, you can learn there.

2. Verbal respect is also about civility. I refer to shouting, screaming, to those irrational explosions of ire and violence that come out of the mouths of some self-important bosses. I will never forget the day in which one of those fanatics, in a fit of rage, decided to throw his computer monitor in the air and beat the desk with his fists. Guess what happened? With one of the punches he fractured both bones in his forearm. The next day, the muffled sounds of suppressed laughter could be heard throughout the company.

3. Respect other’s people work. It is interesting to see the incapacity that others have to measure the impact of some “brilliant” decisions that, according to them, are the most urgent thing in the world; few are aware of the economic, labour or personal costs that they create. So, before asking for you team these kind of things, don’t remember this: “There is nothing so urgent that it doesn’t deserve two hours of reflection” one of my teachers told me “put it on ice, let it mature and see what it looks like tomorrow”.

4. Respect professionalism and talent of other people. This behaviour is typical of total super-managers, meaning those that are involved in everything both large and small, and they also get involved in others business as well. These people think that they know more about everything than anyone else: more than their secretaries about calls; more that the IT guys about IT; more that the sales staff about market demands… in short: they think that everyone else is just a clueless parasite.

5. Not abuse other people’s time. This can be seen when meetings are scheduled at anti-social hours (Friday at 9pm, for example); it is the systematic disregard for pre-arranged schedules; in the absence of planning for certain activities; bringing deadlines forward arbitrarily to win brownie points with the boss…

6. Regarding people’s personal lives. It is increasingly common to hear “see you on Sunday” or “let’s meet to work in the office at the weekend”. And, usually, the person saying this isn’t aware that people have families, a partner or children, and the weekend is the only time they have with them. Normally, whoever says that either has no family or they lost them along the way. I’m not saying that we can never work on a Saturday or a Sunday; what I’m saying is that it should be the exception to work on a holiday, not the rule.

So, that is the state of affairs. However, we shouldn’t be pessimistic, negative or blow things out of proportion. Things are how they are, not always how we want them to be. This means we can start the year with a certain recognition of the absurdities of management. Fortunately, never is too late to change the bad habits. Your mother, and your team, would be proud of you. And please, remember: it, it’s free!