All the secrets of the difficult art of management 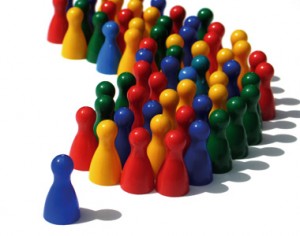 “I’m going to give you the secret to the art of management. Note down these three things and never forget them. First: only choose the best. Second: delegate as much as possible; you should only do what the others cannot do better than you. And third: after having done points one and two, completely support anyone who makes a mistake; no-one will always get 10 out of 10: the secret is to maintain an average of 7 out of 10.”

This is the advice of one of my teachers. He received it, over 15 years ago, from one of the most charismatic presidents of one Bank of Spain. That advice was, and still is, worth its weight in gold. I have applied it whenever I have been able and, moreover, it has also served as a basis for discussion in my classes on leadership or management style etc. However, throughout my career as a lecturer, consultant and manager, I have met few people able to put it into practice. That’s to say, I have met many who have disagreed, not understood or even applied it backwards. So maybe we should look at what is behind that piece of advice.

1. First things first: What does it mean to choose the best? For organisations in good corporate health, the best is the person who, because of brainpower, professional judgement, initiative or independence, capacity for work, is able to thrive and solve complex tasks in a brilliant and efficient way. In other words, the best are usually those who, being given the objective, are able to take responsibility for tough assignments, reduce the need for your involvement, and produce a quality final product. This point includes some ideas:

2. The second point is “delegate as much as possible; you should only do what the others cannot do better than you.” In this area, just like the previous one, I have also found different interpretations. For healthy organisations, delegating means assigning tasks and demanding responsibilities. It means defining the what (the objectives), how much (the budget) and when (the timeframe). Above all, it means defining those things while respecting the professionalism of the employees (“I want this done, do it as you see fit, I trust your judgement”), with loyalty (“when you are finished, I will take a look”) and without organisational “noise” (“you are the one who knows how to do it, take responsibility, and don’t hide behind work groups or committees”). But it really means much more:

3. And now we get to the final point: having done points one and two, completely support anyone who makes a mistake. This is something that never happens in an organisation afflicted with Theodore syndrome. Whenever the boss does not score (after having taken the goal kick, passed through the midfield and centred it for the striker who failed in front of goal), you should know that the buck stops with you, not him. Either you didn’t lose your marker, didn’t create space, didn’t strike the ball well or whatever it may have been. It was your fault.

That’s how it is. It is that sad. How many managers have we known that were able to prosper by passing the buck, that’s to say: laying the blame at the feet of co-workers? This is exactly what bad managers do. They get out of the way when there are problems, don’t support their people and publicly blame them for mistakes.

That said, in healthy organisations, your boss plays firmly in defence for the team and, sometimes, is even the goalkeeper. Their function, first and foremost, is so the opposition don’t score goals. They also have to be capable of motivating the team, play them in the right positions and teach them to pass well. A good manager, like a good central defender or sweeper, gives good support play, will advance for the corner kicks or even score the occasional surprise goal to get the result. A bad manager, however, will want to be at the centre of every play, wants others to do all the work and, most of all, want others to gift him the ball in front of an open goal.

Another point is that a good manager, like a good central defender, cannot always clear the ball close to the area; sometime he will have to foul or launch the ball in “row z”. That’s why the advice “it can’t always be 10/10; it’s about getting 7/10”.  Not all games can be won by a landslide, sometime we need to know how to simply grind out a win.

That’s what the game is all about. Giving your team room. Signing the best, let them do their job and completely support them. It is very, very close to being a good coach. After all, both have the responsibility to lead people.