My Conversation with Gregory Unruh in MIT Sloan M. Review about responsibilities of a CSR Manager 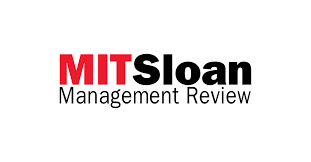 What does a Corporate Responsibility Manager Do?

With this question in mind, in the midde August, I had a nice conversation with Gregory Unruh, MIT Sloan Management Review’s Guest Editor for the Sustainability Big Ideas Initiative. In spite off I leave this function almost one year ago, I enjoyed so much to talk about this with Gregory.

Here, you can read the result of this conversation in MIT Sloan Management Review. I hope you enjoy it as much as I did

I recently caught up with Alberto Andreu Pinillos, global head of Organizational Development & Corporate Culture at the Spanish telecom giant Telefónica, a position he took in 2014. For 14 years prior, he was Telefónica’s director of Reputation and Corporate Responsibility and a pioneer in the business sustainability movement. He’s been called the “Dean of Spanish CSR” by the Diario Responsable.

I wanted to know how Alberto saw the CSR director’s role — a question he says he gets often from his kids. “Ever since I started with this whole corporate responsibility thing,” says Alberto, “a lot of people have asked me: What do you do? What’s your job actually about?” His experience in responding to these questions allows Alberto to distill the job into three principal activities and responsibilities: foresight, nurturing, and evangelism.

The director’s responsibility here is to identify ahead of time the social and environmental risks or opportunities that may not be relevant in the near term, but will be so in the medium to long term — and then place them in front of the appropriate organizational decision makers. The CSR manager, by engaging with key stakeholders in government, industry, civil society and international organizations, captures valuable information about emerging social and environmental issues.

By placing those issues into context and relating them to the business, CSR directors make them accessible to the company’s relevant decision makers. “For example, 10 years ago very few executives were aware of the social and environmental issues involved in the supply chain,” notes Alberto. “But pioneering CSR directors identified this as an emerging issue and helped prepare their procurement and supply chain executives for the coming shifts.”

Alberto points to the Bangladesh textile factory collapse in 2013 that killed more than 1,000 workers and tripped up brand names like Benetton and Mango that were outsourcing to the contractors. Likewise, diversity has long been on the radar of CSR professionals and has recently been incorporated into the legal framework of national laws and European directives. Effective CSR directors have helped guide their human resources executives in addressing these concerns in advance of regulations.

Thus, the CSR director acts as a “social radar,” detecting emerging issues, understanding their potential importance to the company and communicating any concerns in the language of the specific executives they need to influence.

Just as there are incubators for startups, Alberto believes the CSR office need to act as an incubator for internal projects. This is because the CSR office usually doesn’t have the budget or manpower to implement needed changes alone. The office must work with other functional areas to bring about the needed improvements in social and environmental performance.

Let’s imagine a company that is operating in Europe. The previous example of diversity is one that has been identified as a priority subject by the company’s CSR office, and the CSR director initially takes the lead on moving the company toward compliance — but after incubation, this issue is now is a matter dealt with primarily by the HR department. The challenge lies in ensuring that the transition from one team to the next happens at the right time. According to Alberto, “The problem is that [managers] get confused in one of two ways: Either releasing projects before they’re ready or holding on to them for too long. You can’t make a mistake when it comes time to let your “children” leave home... neither too soon, nor too late.”

In the long run, what is the purpose of a CSR office? To bring the company into a more sustainable mindset — to “spread the word” about sustainability, in other words. But there should also come a time when the word is thoroughly spread. As Alberto puts it, “The true test of a responsible company is when all functions and departments are capable of minimizing their own negative impacts and are thinking about making a positive impact on their community.” To be successful, in short, CSR directors should be putting themselves out of business; the perspective that the CSR office takes within the company would, ideally, become a fundamental mindset of all internal departments sooner or later.

As Alberto explains, there are a number of functions that make sense to have a “home” in the CSR office to begin with. “The most natural thing is for the CSR office to assume functions such as non-financial reporting, environmental and non-financial “due diligence,” the relationship with global and local NGOs, and the attention of collectives in risk of exclusion.” However, in the long run, this may be a temporary state of affairs, Alberto says. “There are those who think as I do, that the natural tendency is for the CSR office to eventually disappear.”