Organise yourself or the secrets of a good subordinate 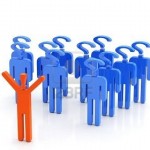 Nearly 23 years ago I landed in the workplace. I clearly remember my interview with the person who was to be my boss. “What do you expect from me?” I asked, looking for a definition of my work objectives. His reply was blunt and became my first piece of professional advice. “I expect everything. Don’t think we will tell you how or when to do things. You know why you have come here… organise yourself.”

“Organise yourself”. It was then I realised that neither my boss nor I knew with exact certainly what my role would be within the company. He had a general idea of the company’s needs and what he hoped to achieve with me; or someone like me. For my part, I also had a vague notion of why they had hired me, but I didn’t know how to achieve it or what results they were expecting of me.

From that moment forward, I had two choices: either wait until others wrote that page of my life, asking for specific instructions for one thing or another; or the other option, I would be the writer and author of this chapter in my life. I chose the second option.

How many professionals have been in a similar situation? Robert E. Kelley saw it clearly in 1989 when he wrote an article entitled “In Praise of Followers” in the Harvard Business Review. Clearly, not many managers know what to do with “the new guy”, and not many subordinates know how to proceed when they join a new company, when they change department, when a new, unexpected, boss is named, or when they face those mergers and acquisition that are so frequent nowadays.

What then is the secret of a good subordinate? Here, just like everything, there are no simple formulas, although there are some general pointers. Kelley gave us some very good ones.

1.      Everyone, in the majority of cases, acts as a team leader and someone’s subordinate at the same time. This is where we get our first clue: managers and employees are positions, not people. That means both manager and subordinate have their own sphere of responsibility where they should define what to do, how to do it and for how much. The big difference between one and the other, normally, must be in the ability of each one to reach the final level of decision-making. This means that, quite probably, a subordinate cannot go on to close a certain project with the president, but it is clear that not all projects end up on the table of the chief executive. There are, therefore, always areas of appropriate responsibility.

2.      Self-management is another basic skill of a good subordinate, the best way to express “standing on your own two feet”. I remember on one occasion, a good friend snapped at his boss: “I don’t need you for anything, only that you sign my holiday requests”. That, maybe, goes a little far, but it is clear that self-management implies, quite simply, to prepare a project, develop it, close it and, if necessary, submit it for the boss’s approval. Each individual should be capable of deciding at which stage to seek approval: opening, developing or closing. This ability is also self-management.

I have always been slightly embarrassed for those subordinates seemingly incapable of doing anything without drawing attention to it in front of their bosses. In reality, their behaviour is due to one of these reasons: they don’t want to let the opportunity to show how much they are doing go unnoticed; they are trying to avoid taking responsibility for anything.

3.      Commitment is key to being a good subordinate. Kelley makes an interesting observation: ”many efficient subordinates consider their bosses to be fellow companions on a worthy crusade; when they suspect that their leader lacks commitment or has different motives, maybe they could withdraw their support: they change job or change boss”.  I still remember the words of a senior manager in the consulting industry: “When I got here, we all had the feeling that we were changing the world a little: that made it worthwhile and compensated for the 16 hour workdays. I decided to leave when I saw that my partners had plans that were more personal that organisational: it ceased to be worthwhile.”

4.      Competence is another decisive factor. Competence means knowing what the organisation needs and what the skills and abilities necessary to satisfy that need are. It also means not waiting until they give a certain course or certain directions before starting work. Additionally, competence shows a subordinate profile capable of sharing their know-how without hiding information from colleagues for one simple reason: they themselves are the deciding factor, for their professional ability, their creativity, their imagination, their capacity to solve problems, for their knowledge, adaptability and ability to reinvent themselves, and surprise others. Their works is there for whoever may need it.

5.      Bravery is another critical variable in a good subordinate. Years ago, I found a company in the communication sector that had focused on the “ability to say no”, raising it to a level of real value and making it a fundamental principle.  I was surprised. And I liked it. Applying this principle to the role of the subordinate, knowing how to say “no” means having to explain the reasoning behind your decisions, investigating the whys and wherefores, to be able to present objections to certain decisions, etc. But it also means being clear, and not undermining decisions agreed upon up front. If I disagree, I’ll say it, but if the decision is taken anyway I will back it completely.

That then is the secret to being a good subordinate: stand on your own two feet, through self-management, competence, commitment and bravery. That said, I believe there to be something even more fundamental. This is that our organisational behaviour should always be governed by self-respect and self-esteem.

Extracted from a post published in the daily paper “Diario 5 Días” May 11th, 2001