There is no such thing as friends at work… or is there? 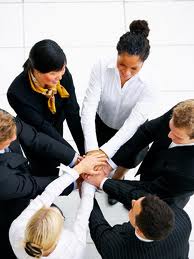 How many times have you felt surprised or, putting it more strongly, betrayed at work by someone that you considered a friend? “I just couldn’t imagine it”. A friend told me some time ago: “I never thought that this person, someone I had helped out countless times, someone that relied on me in both his personal and professional life for more than 10 years… was incapable of defending me. I don’t understand it” -he repeated nearly in tears-.“He was my friend”.

My response was clear: “There are no friends at work,” I told him, “You can have a close, complicated or even trusting relationship. However, believe me: only when you leave the company will you know you your friends really are. If, after leaving, you maintain contact, trust and the relationship, then you were really friends”.

So, this is the question: Is it possible to care for, maintain and keep friendships in the workplace jungle? To answer this question let me give you two premises and two small pieces of advice.

1.      Work is work. Personal interest and internal competition play an important part in working relationships. Everyone that works wants to have his or her area of responsibility, whether great or small; to be noticed once in a while; be recognised as the author of something. Admit it, we all like to get a pat on the back and be told that we are clever.

This is something good: the absence of competition generates organisations and individuals without initiative because… why should I work harder if I’m not going to earn more?  On the other hand, too much competition could generate mercenary and self-destructive organisations, where anything goes and the ends justify the means. In this atmosphere it isn’t unusual to see different divisions of the same company steal clients from each other just to come out better in the annual photo.

2.      People are just that: people. Good people or bad people, don’t matter on which side of the table people are (near or in front of you). When you are working, don’t confuse collaboration with friendship; this is nothing to do with friendship but rather mutual interest. If you think like this, then you won’t end up with nasty surprises or thinking that someone has betrayed you, nor will you take things as a personal affront.

1.      Don’t work looking for friendship, but for mutual respect and trusting relationship. To do so, put your legitimate interests and the rules of the game on the table clear from the beginning; openly state the objectives of your project; and understand the objectives (and the dilemmas) of your colleague’s project. Only then you can share common objectives. And it’s not a question of friendship; it’s a question of respect.

2.      If conflicts arise, act as you would like others to act towards you: work towards solving the problem, don’t cheat, and keep your word. I know that sometimes it is difficult to fulfil commitments with your colleagues, bosses or subordinates (this is the collateral effect of internal competition).  If this is the case, you would like the person with whom you reached an agreement call you and explain why it didn’t happen, that they tried their hardest and could do it. If that is what you would like, then you should also do things in the same way.

So, as you can see, in the end it is simple to construct a relationship of understanding and mutual respect if you apply these rules in your relationships. If you have clear principles, you will find that it is simple to apply them. From here… who knows? Maybe, as Bogart said to Captain Renault in Casablanca… this is the start of a beautiful friendship.

Chinese translation from Sen Peng, a former student from the Master in Corporate Communications at IE University, Spain, in his blog. Thank you Sen!

FYI Alberto.
Alberto Andreu
26 Nov 2011 | Responder
Thank you Sen. It's the first time in my live that I see my post in Chinese. I really appreciate
Juancho
04 Jun 2012 | Responder
It's quite sad listen it, but is a big true, I liked so much, and I'm completely agree with it
Espere...