UE publish the results of public consultation of Non-Financial information 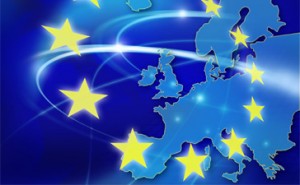 The services of DG Internal Market and Services have sought stakeholders' views on the existing EU regime on non-financial (CSR) disclosure with a view to improving existing policy. The following is a summary of the reactions received.

Respondents were in general agreement that legal regimes differ significantly across the EU Member States. Several respondents considered that this leads to difficulties in benchmarking between companies. Half of the respondents describe the current regime applicable in their respective jurisdiction as poor or very poor. For many, the current EU legislative framework lacks transparency. Several respondents think this translates into a lack of balance and cohesion of reporting by companies, making it difficult for shareholders and investors to make a reasonable assessment of the extent to which companies take account of CSR in their activities. Generally, contributions from Member States with more extensive requirements did not report that these lead to excessive administrative burdens. A majority of respondents also highlighted that potential costs could be considered as investments needed to build capabilities that are necessary for managing properly the overall business, leading to better long-term performances.

With respect to improving the current regime on non-financial disclosure, a majority of those suggesting improvements to the current situation considered that EU should draw on frameworks already developed at international level rather than elaborate new standards and principles. Sharing of best practices, better guidance and the need of incentives for companies to report on non-financial issues were underlined by many respondents. According to some, the 'comply-or-explain' approach could be an appropriate way forward, allowing a certain room for flexibility. A large majority of contributors showed support for the concept of integrated reporting, indicating it should be embraced at EU level. However, for many stakeholders, developments on this need further reflections, especially on how best to make integrated reporting operational, without unduly increasing the administrative burden for companies.

A majority of respondents found that better information on the following aspects are relevant; (1) whether or not the company has a CSR policy (and if so, how it is implemented), (2) the principal business risks and opportunities arising from social and environmental issues and how these are taken into account in company strategy and (3) key information on other specific issues1. Respondents generally considered that there could be value in reporting on non-financial aspects based on overall principles such as those established by GRI, UN Global Compact, the OECD Guidelines, ISO 26000 etc. On the issue of which companies should be covered by enhanced requirements, the majority of respondents recognised the importance and relevance of company size. A significant majority argued in favour of excluding small businesses from mandatory requirements. The fact whether a company is listed on financial markets was not considered to be of great relevance.