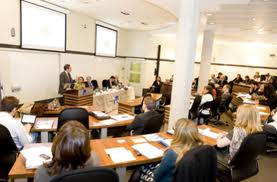 Kirsten A. Johnson always wondered whether her personal posts on Twitter, Facebook, and other social-networking Web sites affected her credibility in the eyes of her students.

So the assistant professor in communications at Elizabethtown College designed an experiment for 120 students at the college and has just reported the results. It turns out that professors with personal Twitter streams appear to be more credible than those who stick to business. The study, co-authored with Jamie Bartolino, one of her students, appears in the most recent issue of Learning, Media and Technology.

The researchers created three accounts on Twitter for three fictional “professors” named Caitlin Milton, Caitlyn Milton, and Katelyn Milton. One account was filled personal tweets (“Feeling good after an early morning swim at the rec center”), the second with scholarly ones (“Working on a study about how social-networking sites can be used in educational settings.”), and the third with a combination.

To Ms. Johnson’s surprise, when the students were surveyed, they rated the personal professor the highest on measures of competence, trustworthiness, and caring—which adds up to credibility.

Read the full post in The Chronicle of Higer Education

PD: I've got this post thanks to a twit from my friend Angel Cabrera (@CabreraAngel )