Why is everything so difficult? 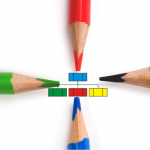 Tell me something: how many times in your professional life have you ask “Why is everything so difficult? Or.. how easy it could be! Or the best of them all: this place really has its own way of doing things! Yes: the objective of this post is to talk about the difficulty of changing things in mature organizations; overcoming inertia; the syndrome of paralysis by analysis; understanding that the shortest distance between two points is not always a straight line; that the good isn’t always aligned with the best... In other words: to understand why life in an organization can become so complicated.

Why is everything so difficult? I usually start my organizational behavior course making this question to my students. Indeed, after asking them that age-old question a few days ago, I got the following response:

1. Firstly, they identified a set of problems that could be grouped under the umbrella of the “formal structural”. To understand what I am talking about, let me use some examples: if no one knows who is in control in your company; if the responsibilities are not well distributed and the organisational chart is the best kept secret; if the checks and balances are noticeable through their absence; if there is no way to measure objectives… then you have a serious problem with the formal structure. However, there’s more: if everyone in your company knows who makes the decisions; if the responsibilities are so well defined that the company is completely vertical; if the checks and balances are perfectly defined; if what cannot be measured does not exist… then you also have a problem with the formal structure. In short, an overdose of formal structure is just as bad as the complete absence of it.

2. Secondly, my students discovered a set of problems that stem from what we normally call the “informal structure”. What does that mean? Well, to that “other” types of relations or groups that appear in businesses through for reasons as disparate as being a fan of a certain football team, spending your summers in the same place, or simply having studied at the same business school. I am certain that you already have in mind your colleagues who are in the boss’s “clan”, those who it pays to get on well with just to preclude any possible damage because of a throwaway remark they could make. However, I’ll tell you something: these relationships are neither good nor bad in themselves. They could become a problem when they are used outside the rules of the game or if someone wants to gain an advantage over another.

3. The third set of problems that the students identified is linked to the people that work with you, with their personality. Evidently, everyone has his or her own personality. It is also clear that intelligence, needs, ego, expectations, ability, attitudes, marital status, number of people in the team… are all factors that decisively influence whether someone will make your life easier or more difficult. I’m not going to speak here about what a good personality is, but I will just say one thing: in the end it is easier to surround myself with people with whom I work well. I prefer a good person to someone intelligent but that likes to hurt others. I also prefer someone who is capable of empathy and of creating a good spirit in the team, than someone brilliant but full of themselves who looks down on others. Additionally, I would rather have someone who thinks for themselves and surprises me, than someone who waits for me to tell them what to do. Lastly, I prefer someone who does things with pleasure as opposed to the person who let’s you know the size of the “favour” that they are doing for you.

4. To finish, my students suggested one last set of problems: those that are caused by technology. How many technological problems have you encountered where the solution is simple? Let me guess: not many. That’s because, unfortunately, things have to be simple for the technology itself, not the user.

And there you have it: when you see that everything is difficult in a company, put on your white coat, get out your stethoscope and examine the patient. See how chaotic the structure is; find the groups or clans of employees; and pay attention to the technology being used. However, above all, put your stethoscope on the heart of the people and listen well. Some people make the simplest tasks difficult.  Those that are really worth their weight in gold are those who make the impossible simple. And there you have it: get listening.